Digging in the Rain, Like we're in a Chaingang 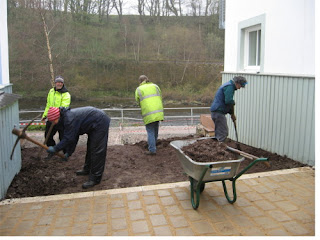 The day was cold, windy, wet and miserable. Only the select few turned out for the work party on 26th April.
The task was to dig over the subsoil and mix in the mushroom compost so that we could sow a meadow before the end of April.
The sub soil was solid, impacted clay, and as you can see, in places we had to use a pick ax or a mattock. 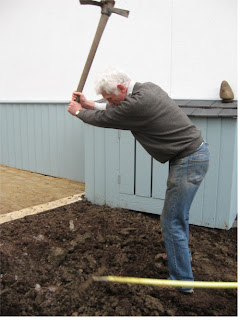 A great deal of banter made the task a lot more fun - recollections of famous chaingang movies - (aimed at the person behind the camera - I don't know why - I promised them a reward of moving stone at the end of the digging - did  I miss something there)?

We learned about Nelson Mandela's method of breaking up stone - going as slowly as possible, but never actually stopping. It was too cold that day to emulate.

Martin gave us a little talk about when digging was necessary to improve the soil structure and when No Dig was appropriate. Not sure what the conclusions were about this plot, though it was strangely disappointing to find the plot looked exactly the same at the end as when we started. Cliodhna said, 'But we KNOW it's different.' 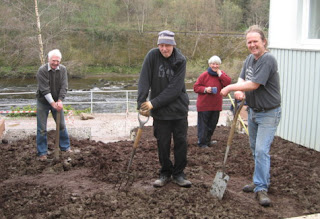 Ann and Jaz offered us tea halfway through and the chaingang immediately voted to stop. Voting? Chaingangs? I think I would call it a consensus to have tea and cake.
The team practised Leaning on Spades, a time-honoured builders' tradition, taught by Chris. 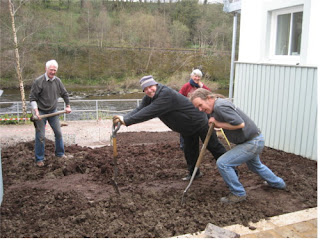 You can easily identify The Ham Actors in this troupe. 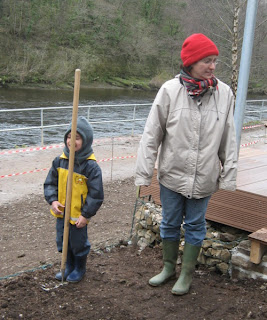 Eric and Jessica joined us in time for raking and trampling - evening and flattening the soil with tiny sideways steps. We did this instead of hiring a roller, which seemed over the top for such a small area, though we did hire one 2 weeks ago for sowing meadow seed on the verge between the houses and the riverside path. 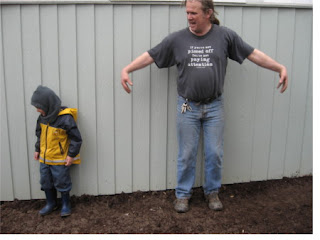 Eric thought we looked like Space Invaders taking these silly sideways steps, so we did the arm movements too. 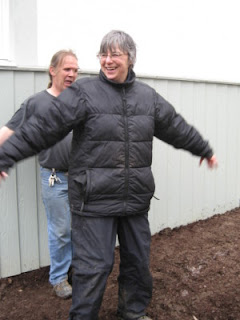 Then Geoff's alarm went off - work shift over - all downed tools - well, they condescended to put them away in the tool shed.

Diana and Kate sowed the seed, and raked and trampled again the next day.
Posted by Lancaster Cohousing at 9:55 AM No comments:

Rules! We even have a 3 metre metal one

I travel a lot for work and tell everyone I live in an 'ecological cohousing project'.
They ask 'Do you like it?'
Or 'What's different about living there?'

Apart from the fact that it's like being on holiday, with your friends, all the time!!, I also love it because:
The heating bills are very, very low.
And, unexpected but the BEST thing:
If you want anything - anything at all! - eg (taken from recent requests):
some flaked almonds, 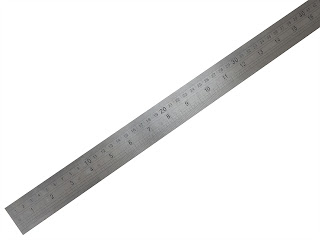 help with a job application,
emergency baby sitting service,
computer trouble shooting...
a 3 meter metal rule ...
a spare dining room chair for a visitor...
All you have to do is email a quick request, and usually two or three people come straight round with whatever it is you've asked for!
Fiona Frank