Exciting news this week - we heard from Andrew Yeats of Eco Arc, our architects, that we've reached the final of this year's Passivhaus Trust National Awards! We're in the last three in our category, which is social housing.

Lancaster Cohousing is currently the largest completed Passivhaus housing development in the UK, and also meets Code for Sustainable Homes Level 6 and Lifetime Homes, with site-wide renewable energy systems, all at affordable costs.
This owner-occupied project evolved through a participatory design process with the individual householders and Eco Arc Architects. It follows the cohousing model with 41 private houses in a car-free site, alongside shared community facilities including a common house, laundry, orchard, gardens, children’s room and play areas, and on-site work spaces for rent. The result is a neighbourhood based upon ecological values, where, as interviews with the residents have shown, it is very easy to live a low carbon, sustainable lifestyle in comfort.


For more about the awards and to see the other shortlisted projects, see the Passivhaus Trust website.

www.lancastercohousing.org.uk
Posted by Lancaster Cohousing at 12:54 PM No comments:

Stories from Forgebank: Dawn on the bonuses of cohousing life 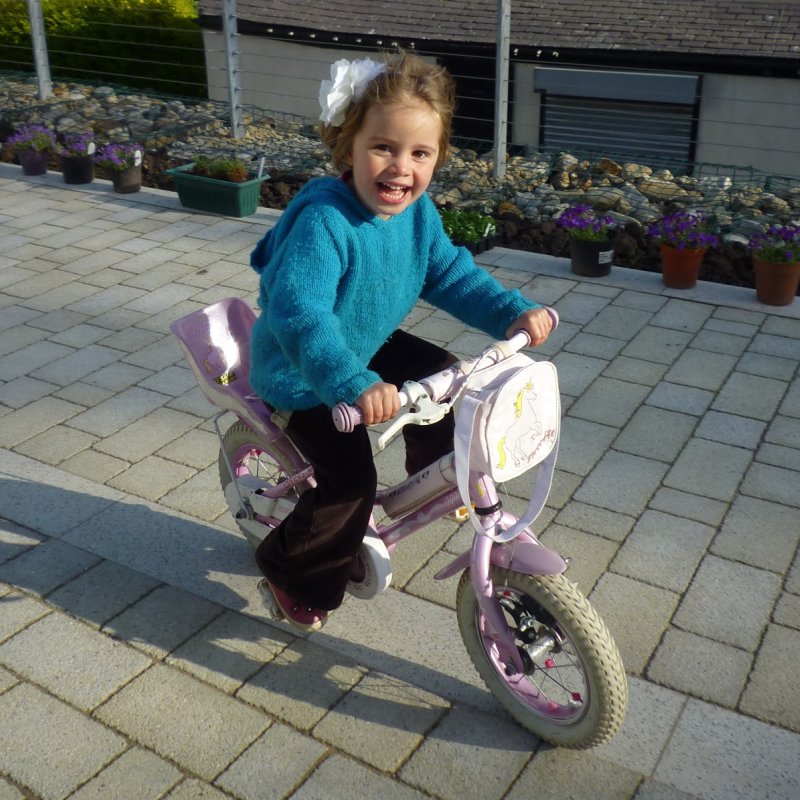 Hard to believe yet I’ve been living the cohousing life for 6 months now. I’m loving it. I wouldn’t ever go back to the more conventional way of living as I had in the Peak District. Already this seems the norm. There are rewards every single day.

Like watching one of our youngest neighbours hurtling down the street in her pyjamas at 7.30am having just mastered bike riding without stabilizers.

Like the magical way there is a tasty hot meal when I get home from a day’s work at Dacrelands Clinic where I work as a homeopath. 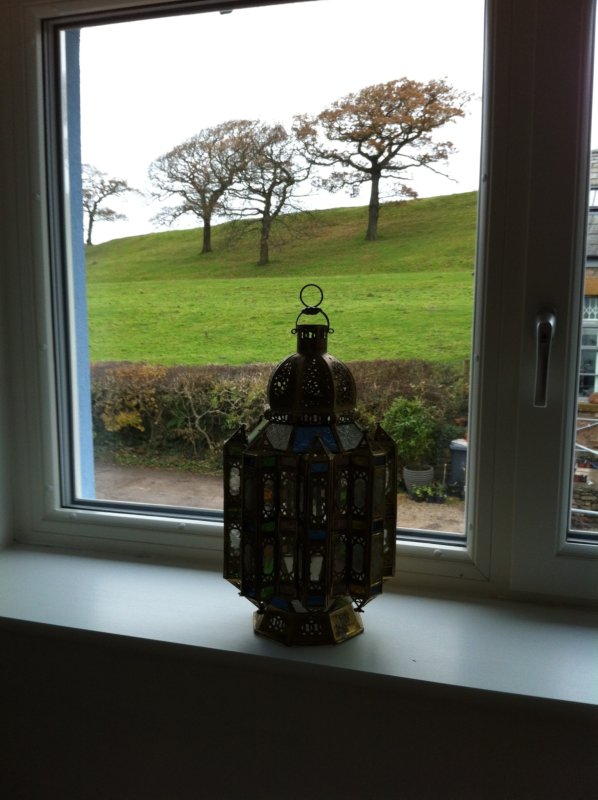 Like the way a charity shop system just seems to organize itself. This is great because we are all downsizing, decluttering, rearranging and making our homes beautiful. One person’s discarded item becomes another’s prized object.

I’m trying not to take these bonuses for granted. Every morning I admire the view from my balcony and get a warm glow not just from the well insulated, triple glazedness of my house but from the fact that we are having minimal impact on the environment and wildlife that I am looking out on. 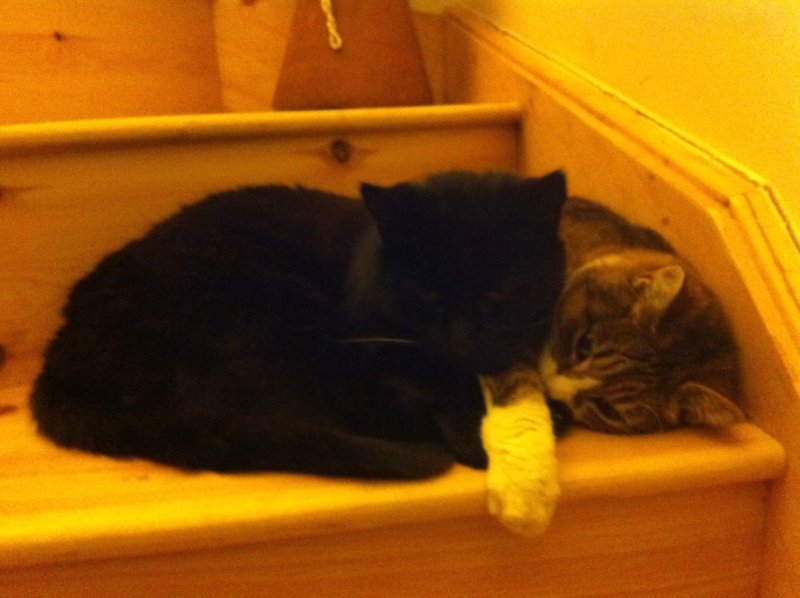 My cats are loving it too and now they have had more new mates move in just down the block. Great! Bulk buys of cat litter from an ethical, sustainable source. Not that they care.


www.lancastercohousing.org.uk
Posted by Lancaster Cohousing at 7:30 AM No comments:

Email ThisBlogThis!Share to TwitterShare to FacebookShare to Pinterest
Labels: stories from Forgebank, why cohousing

Stories from Forgebank: Gill on cooking for 40 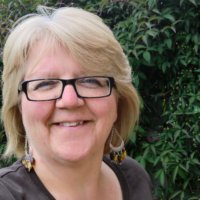 “Yikes!” was my first thought about the prospect of cooking for forty, it is a daunting prospect. But I’ve done it six or seven times now and it’s been one of the most rewarding things I’ve done since moving in last September.

Sharing food and our meals are an important time when both children and adults eat together in the Common House; it’s a great time to talk to and get to know one another. I also love taking the time at the end of a meal to sometimes read or tell stories to some of the children (it lets mums and dads off the hook for just a few minutes too).

I eased my way in to the whole ‘big cooking’ process by being second cook, effectively veg peeler and chopper and wash-up-as-you-go person for the first few meals. The most memorable being a burrito brunch on Boxing Day for neighbours and their family and friends. We’ve had Emma’s burrito brunch about three times now and it’s a firm favourite.

I’ve braved being lead cook four times now - something that includes deciding what to cook (not as scary as you’d first think), acquiring the right quantity of ingredients (work in progress), reassuring your assistant and timing. So far everything has gone according to plan with the exception of buying broccoli far too early in the week, by meal day it had gone a bit yellow... However nobody seemed to notice or they were too polite to say anything (so please don’t tell anyone).

So, ahem, moving on … My repertoire now includes veg crumble, cauliflower cheese/seed, red dragon pie (mung bean shepherd’s pie for the uninitiated) and pasta with a choice of three different sauces. (And a couple of pans of soup and prize winning vegan chocolate brownies – but that’s a different blog post).

One thing I’ve discovered: I’m an okay cook (phew!). The greatest compliments have been when folk came back for seconds (or thirds - but I won’t name names), asked for the recipe, and when the assistant cook said is was stress-free (hurrah!). All leftovers have been quickly polished off the next day for lunch (so making too much has never been an issue) and I’ve forgotten who I loaned the veggie crumble recipe book to (it’ll turn up).

www.lancastercohousing.org.uk
Posted by Lancaster Cohousing at 7:30 AM No comments:

Email ThisBlogThis!Share to TwitterShare to FacebookShare to Pinterest
Labels: food, stories from Forgebank, why cohousing

Stories from Forgebank: Miles and his music 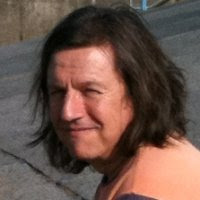 I moved here from Oxford, and in doing so left behind Oxford Improvisers, a remarkable collection of friends and musicians who have really helped me develop my skills, both as an improviser and as a performer generally. I'd done a bit of searching on the internet to see what the improvising scene was like around Lancaster, and while there looked to be thriving groups in Liverpool and Glasgow, despite an abundance of other sorts of music making in the area I could find no sign of improvising groups.

Yet Lancaster Cohousing is a unique project, and joining it was once in a lifetime opportunity that I could not allow to pass by, despite the fact that it meant leaving behind two bands and as rewarding a collection of musicians to play with as I could ever hope to find.

So at the end of last summer my piano, girlfriend and I* moved in to Forgebank, among the very first settlers. We felt like true pioneers in a Little House on the Prairie kind of way, bracing ourselves for a winter of hardships from which all our home's sophisticated passivhaus technology could not totally protect us: our social network now consisted almost entirely of our fellow cohousers, and most of them were still waiting to move in. Fine people they may be, but there is more to life than cohousing.

Then one day Chris handed me a flyer saying "This looks like your sort of thing". It was for a series of free workshops being run by Stephen Grew. I'd seen Stephen play a couple of times in Lancaster and knew he had a phenomenal talent. This was another unmissable opportunity!

And what an opportunity it has proven to be. Out of those workshops has emerged a core of players who meet each week, either here at Forgebank or in rehearsal rooms at More Music in Morecambe. Each week we surprise ourselves with how the music we make is improving. We're turning into a band.

If you too are an improvising musician thinking of moving to Forgebank I hope this gives you encouragement that you will flourish here. And if you're not an improviser, I bet you have something in your life that you're worrying you won't be able to find here. Just maybe, you're right. But I can guarantee that you will find something just as rewarding.

* Note from Miles's girlfriend: if you're wondering why the piano comes first, not long after we moved in someone asked Miles what was the most precious thing he'd brought with him. He said 'my piano'. I was asked the same question, and I said 'Miles'. When this was revealed to him, he said, 'well, Jo brought herself...'

Posted by Lancaster Cohousing at 9:50 PM No comments: